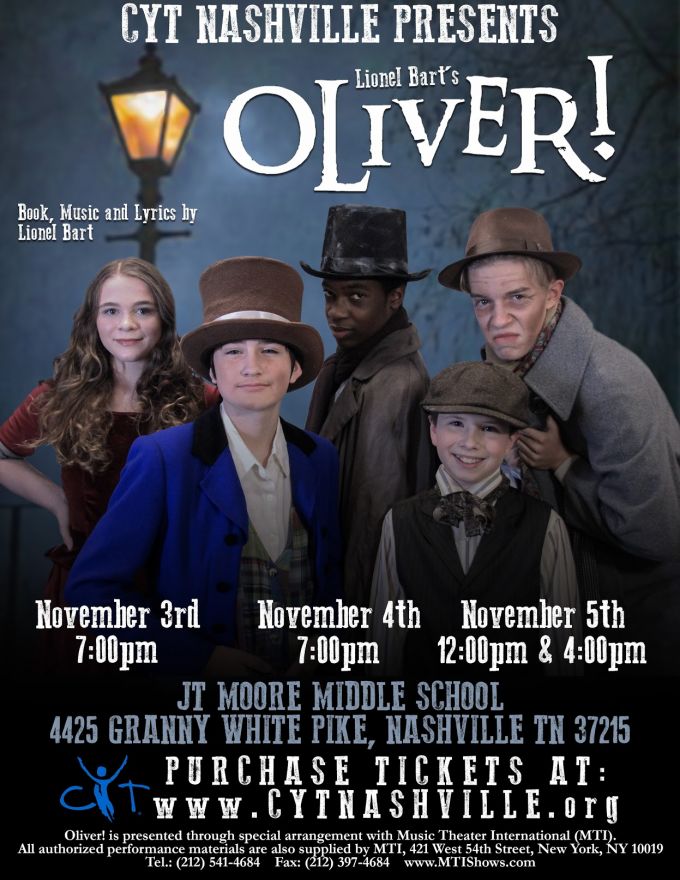 The award-winning musical adaptation of the classic Dickens' novel springs to life with some of the most memorable characters and songs to ever hit the stage.  CYT invited all to consider yourself at home with Lionel Bart's classic musical based on Charles Dickens' novel, Oliver Twist.  The Tony and Olivier Award-winning show is one of the few musicals to win an Academy Award for Best Picture and is widely hailed as a true theatrical masterpiece by actors and audience members alike.

The streets  of Victorian England come to life as Oliver, a malnourished orphan in a workhouse, becomes the neglected apprentice of an undertaker.  Oliver escapes to London and finds acceptance amongst a group of petty thieves and pickpockets led by the elderly Fagin.  When Oliver is captured for a theft he did not commit, the benevolent victim, Mr. Brownlow takes him in.  Fearing the safety of his hideout, Fagin employs the sinister Bill Sikes and the sympathetic Nancy to kidnap him back, threatening Oliver's changes of discovering the true love of a family.

Broadway: A Travel Through Time

This original musical script traveled through time with from before the birth of Christ to modern day using Broadway songs, dances, and scenes selected and choregraphed by the talented students of CYT Nashville.  This was CYT Nashville's second annual fundraising performance and the event will also included spectacular concessions and a large silent auction. 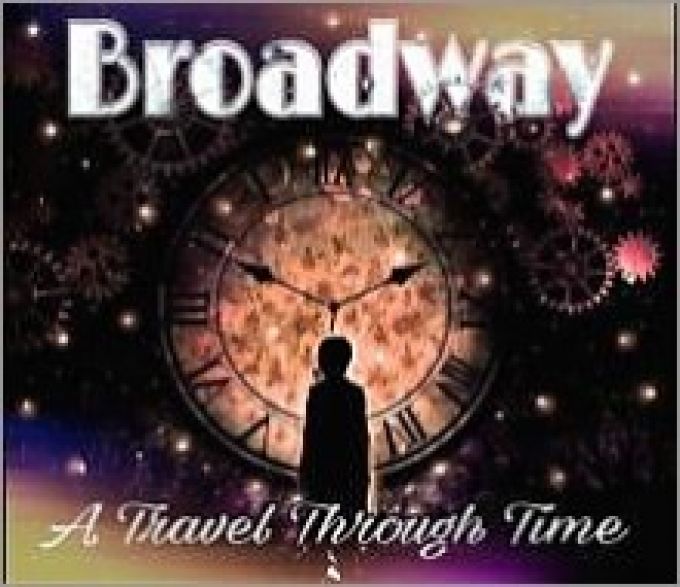 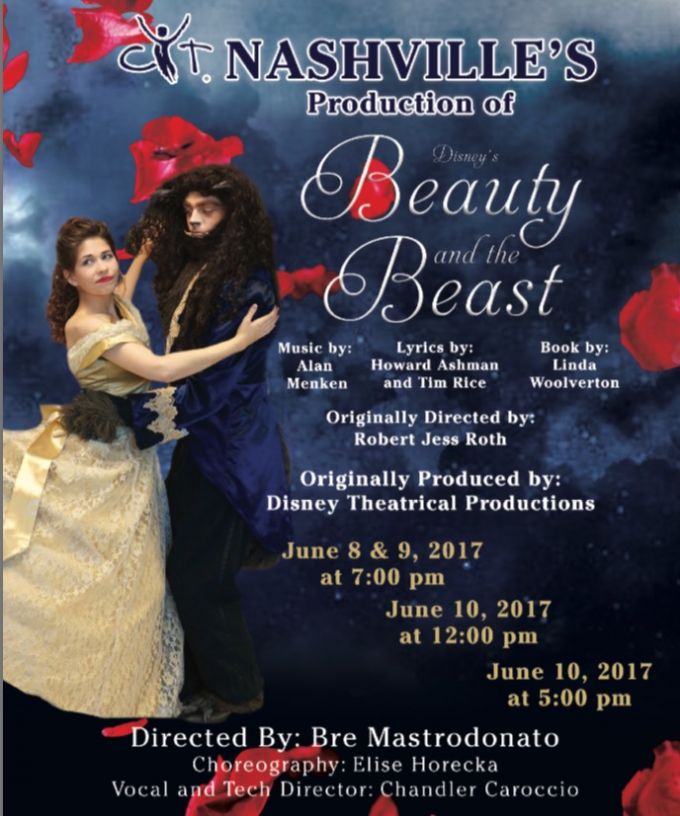 Beauty and the Beast

Step into the enchanted world of Broadway's modern classic, Disney's Beauty and the Beast, an international sensation that has played to over 35 million people worldwide in 13 countries. Based on the Academy Award-winning animated feature, the stage version includes all of the wonderful songs written by Alan Menken and the late Howard Ashman, along with new songs by Mr. Menken and Tim Rice. The original Broadway production ran for over thirteen years and was nominated for nine Tony Awards, including Best Musical.

The classic story tells of Belle, a young woman in a provincial town, and the Beast, who is really a young prince trapped under the spell of an enchantress. If the Beast can learn to love and be loved, the curse will end and he will be transformed into his former self. But time is running out. If the Beast does not learn his lesson soon, he and his household will be doomed for all eternity.